A series of works created essentially from photos, video and other data taken from the memory card of a cell phone that I found. I never contacted the owner. I let the data from this phone run aground right before the eyes of the person who is looking at the work. The shipwrecked information is personal digital data over which the owner has lost control. This data exists on its own, out of sight of its owner. Like a bottle drifting at sea, it travels long distances for an undetermined period before appearing once again. With these works, my intention is to create a situation that offers a poetic, critical and moral look at the flow of personal data that gets lost on the Web. The last photo taken with the device dates back to March 11, 2013.

I recorded the video with my cell phone camera using a fluorescent pink lens. The original video was played on my laptop screen. 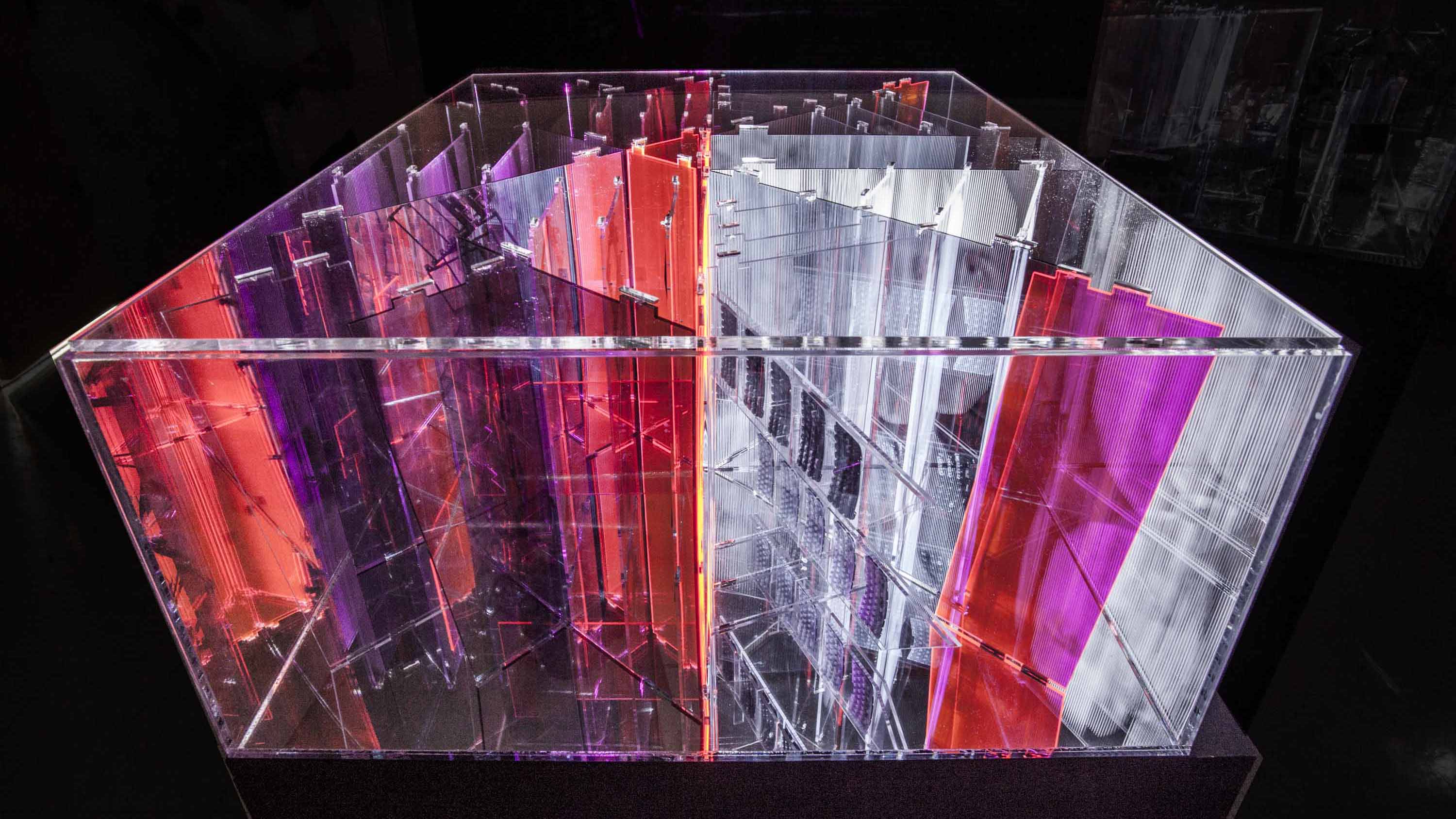 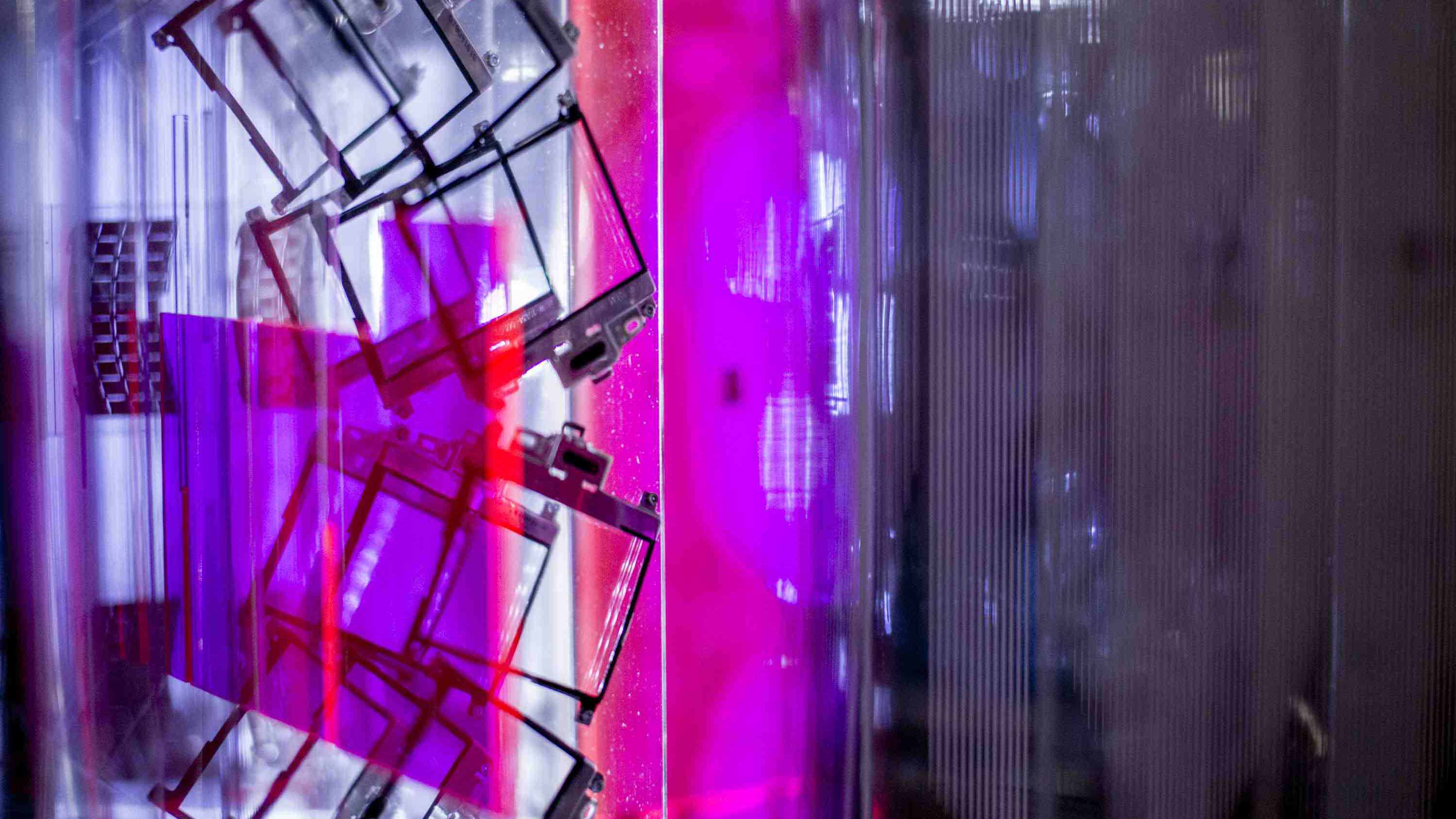 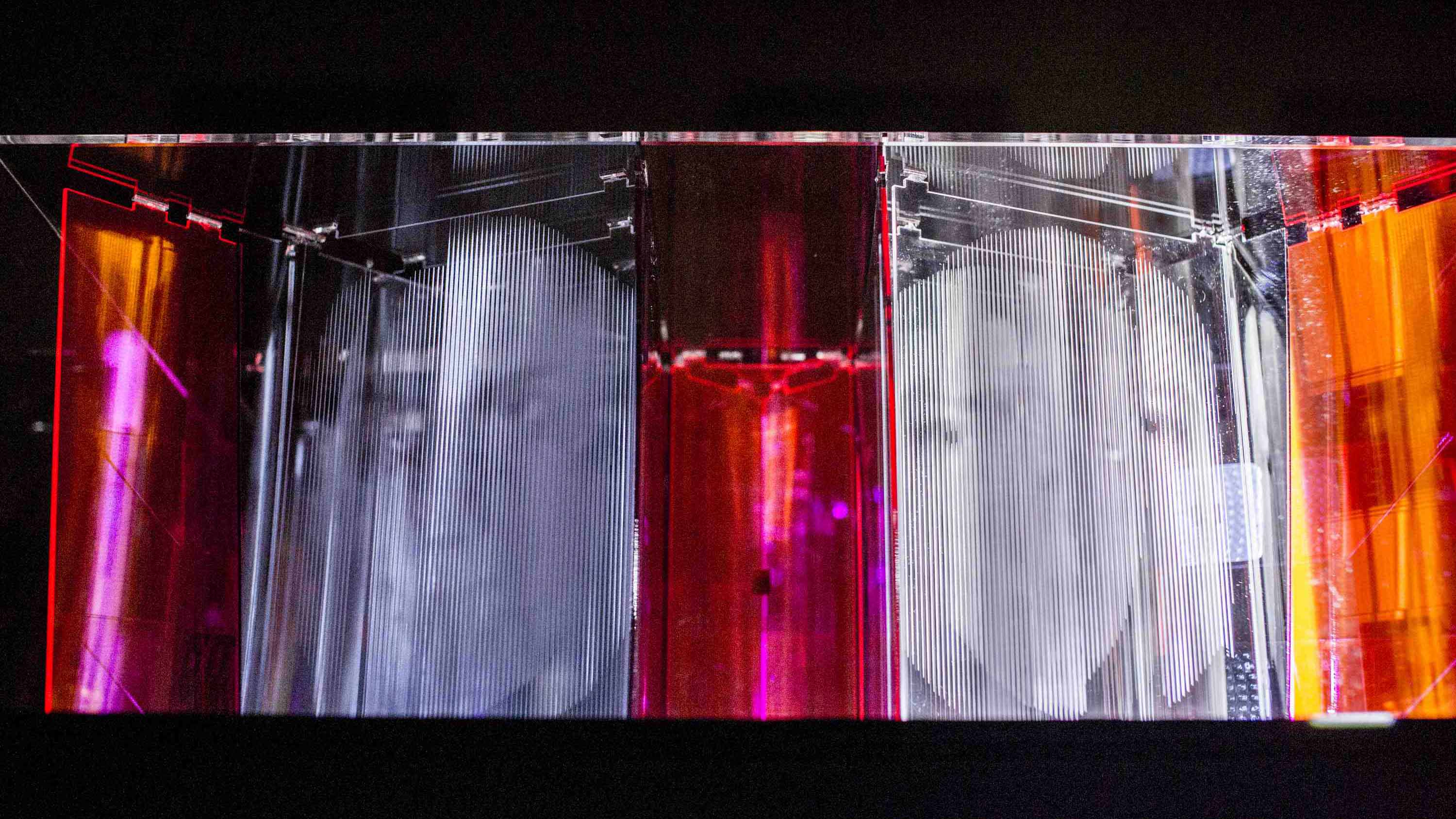 The first sculpture in the series is composed of non-functional telephone parts presented in a geometric configuration of transparent, fluorescent and mirrored plexiglass plates. Three faces are visible. The memory card is suspended in the centre of the sculpture. The work reproduces infinite images through its mirror effect, like copied data, hidden and visible from many locations simultaneously.

The sculpture was done in winter 2015 at École secondaire Pierre-Laporte, based on the theme of the confidentiality of private data stored in cell phones. The students created their own sculptures, while I created my own. During lectures with 600 students, I developed my intention behind my sculpture. I find their vision interesting since they are the first generation that has never known a world without the Internet and cell phones. The idea of using the content of the memory card from a lost phone was an opportunity for them to react to the moral aspect of my gesture.

Technique: Plexiglass (mirror, fluo, clear), cell phone parts, the lost cell phone memory card and laser engraved plexiglass. The work is made to be presented in the dark and using a video projector, speakers, audiovisual file and a multimedia player. 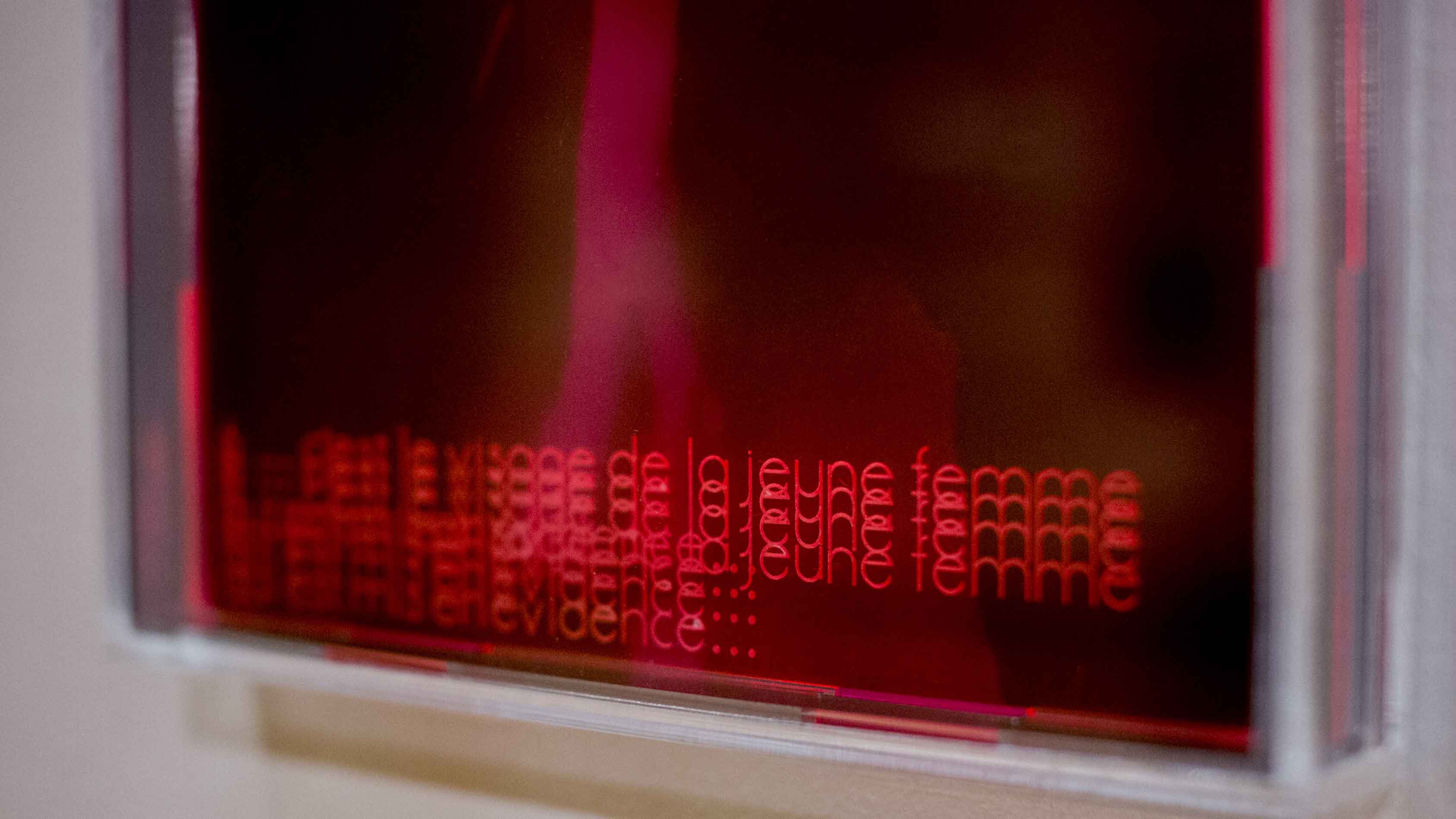 The prints were based and created from a selection of photograph and writing original to a school assignment of the anonymous person. The purpose of the assignment was to comment some of the pieces of the collection of both Musée d’art contemporain de Montréal and Musée des beaux-arts de Montréal. The writing and point view is now applied to comment the photograph, now that they became artworks. Chantre wanted to create a new situation that the anonymous owner wouldn't have ever imagined. The data ran aground.

Credits: Production Assistant: Émile Foucher
This first sculpture was created in winter 2015 as part of the program Culture à l'école by the Ministère de la Culture et des Communications. The exhibition at the BIAN 2016 was made possible with the support of the BIAN, Elektra and the City of Montreal.