In 2010, Chantre presented Memorsion, an immersive audiovisual installation. The work was a reflection on the history and collective memory of abandoned urban spaces. In the piece the artist wants to demonstrate that these places have their own lives, regardless of those who inhabit them. To complete the project, Chantre launched a compilation of music in Autumn 2012 entitled Memorsion. He chose not to release the album on CD, as this format is becoming increasingly less popular and less used. To share the album, Chantre designed a concrete block in which flash memory data is accessed by connecting it to a computer via USB.

With the Concrete Album the artist is addressing the material nature of music storage – such as CD or vinyl record – in the the digital era and how digital formats, including MP3s, are being used increasingly more often since the 2000s to transmit music via Internet or from one computer to another. Digital music, now stored in memory format such as flash memory, no longer has to take the form of a CD or vinyl record and music can now be stored in any form. 50 copies were made of the limited edition album, all of which were numbered by engraving on the head of a galvanized steel nail, visible beneath the block.

The music, text and video of the project were all stored in the object. He also added data elements of his previous installation, Dispergere Maiz and one more piece from the collective, Popcore Duo. The Concrete Album also builds upon the artist’s reflection on the collective memory of abandoned urban spaces – the central theme of his Memorsion installation: things – objects – exist independently of those who inhabit them. This compilation expresses a desire to preserve physical objects, to argue that tangible things are more durable than digital data from the Web or from hard drives. The music album is concrete material, contrary to the tide of information and data that travels extensively on the Internet. 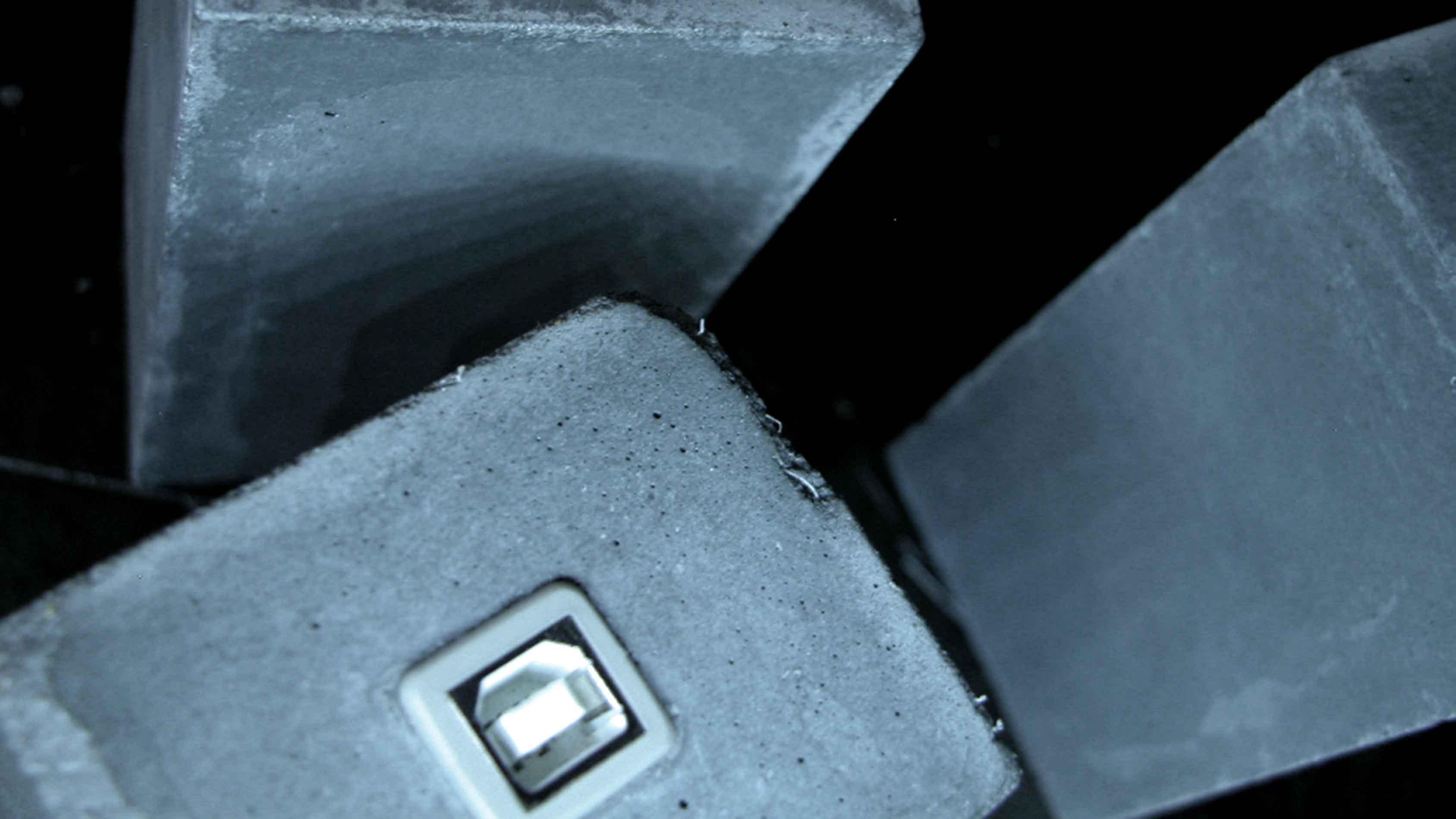 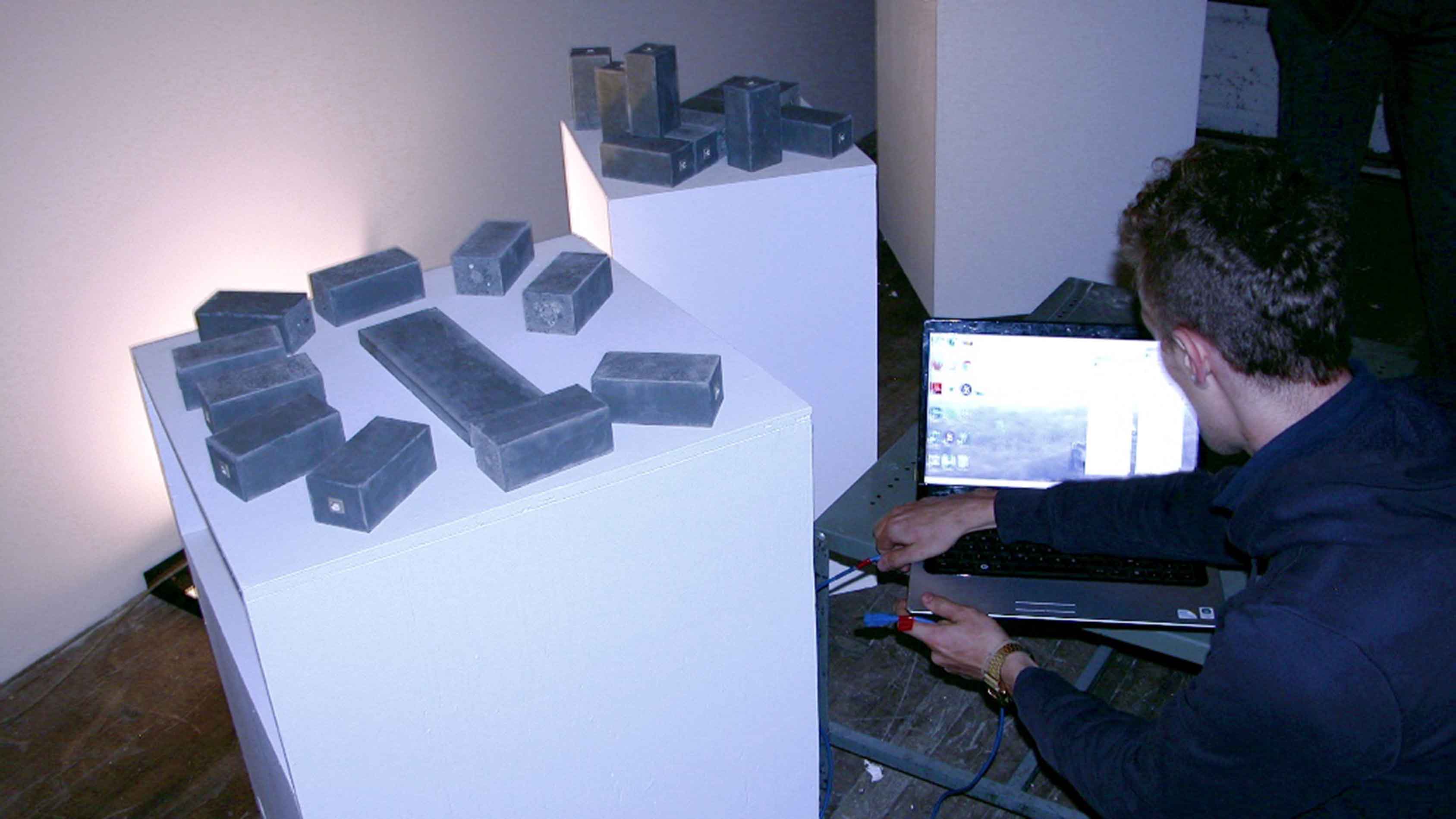 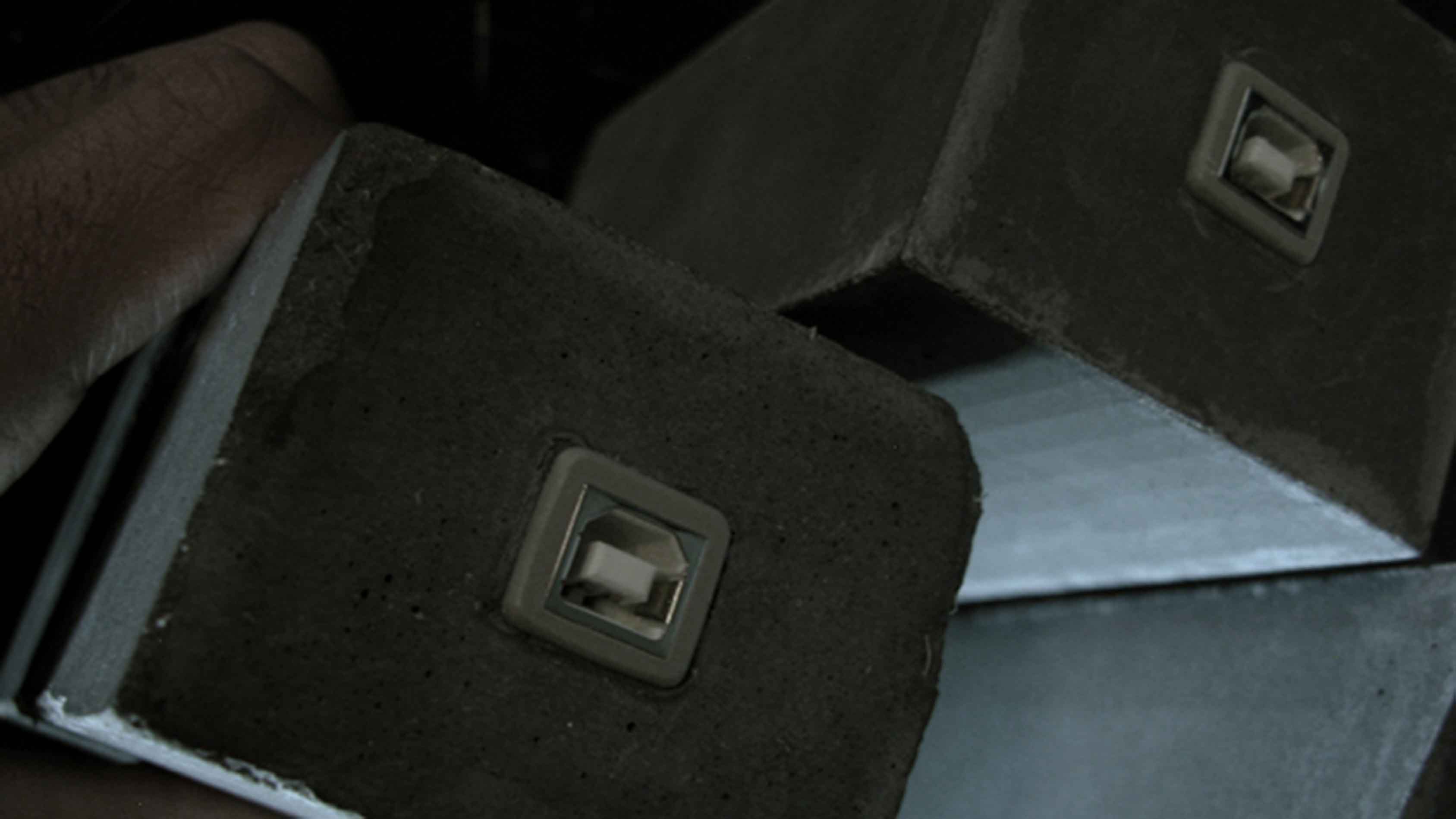